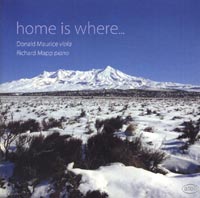 Description: Pigovat's substantial sonata is a powerful three-movement piece that clearly displays the composer's Soviet-era Russian origins, with inflections of his adopted home in Israel. The first movement depicts Botticelli's radiant and serene Madonna of the Magnificat in music of gentle, rapt contemplation and melodic loveliness. The mood is abruptly shattered by a trenchant allegro, with more than a little of Shostakovich's caustic scherzo style about it, that seems to circle around the Dies irae without ever quite landing on it, and then concludes with a striking tribute to Bach. A misterioso finale in the manner of an epilogue recalls earlier material in a mood of lyrical simplicity and repose. Lilburn's lyrical and aptly poetic suite was originally written to accompany readings of the prominent New Zealand poets represented. Lilburn was no modernist, and his idiom is always thoroughly tonal, warmly romantic of gesture and with a sense of nature and landscape. Unfortunately, likely for copyright reasons, the booklet contains no examples of the poetry in question (though an internet search is fairly fruitful), but the impression given by Lilburn's portraits is of serious, lyric poets given to reflection, elegy, nostalgia and a degree of melancholy - to which his own characteristic style is well suited, though there is also humor and affectionate characterisation of the poets - Baxter's 'salute' clearly refers to his Scottish ancestry, for instance. Donald Maurice (viola), Richard Mapp (piano).