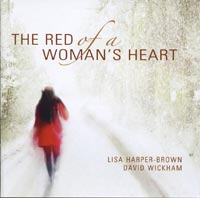 Description: The majority of this disc is given over to Sutherland a student of Bax among others and no matter the date of the songs, she is basically in the 20th century English song tradition (as are Hanson and Allen) so collectors of that genre need not hesitate. Glanville-Hicks, more widely travelled, is in a more up-to-date style, her neo-classical precision and rhythms encouraged by Nadia Boulanger finding apt companions in the epigram-length poetry of Wallace Stevens and the American Eunice Tietjen's Chinese-inspired texts. The seven pages of notes are impressive in discussing the poets and their poetry as much as the music and add much to one's enjoyment of both. Texts included. Lisa Harper-Brown (soprano), David Wickham (piano).